Apple vs. the FBI in San Bernardino 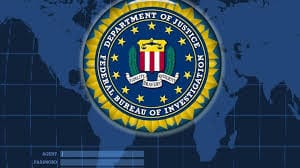 Unless your head has been buried in the proverbial sand, you may have heard about a recent development in an FBI case against terrorism, in which Apple has been “requested” to unlock an iPhone allegedly containing information vital to the case. As a Christian, American, technology lover, and believer in both anti-terrorism AND personal privacy, this is definitely an awkward position to be in. My guess is that many feel the same way as I do. I wish I were able to say definitively which way I’m going with this, but I can’t. I only mean to discuss the difficulty the American people are facing in this case between Apple and the FBI.

So there are two schools of thought:

Security has been a major focus of Apple’s. Ask anyone who has accidentally locked themselves out of their iCloud account and bricked their iPhone! Do it once, and it will never happen again! You need to understand what the FBI is asking. They are asking Apple to develop something that only Apple has the power to develop, but once they do, its out there – no takebacks, no undo button. Being at the forefront of mobile technology, Apple has realized the need for tightened security practices, and I absolutely agree with their decision to do so. In fact it is one of the main reasons I am such a fan of Apple products.

I wont belabor the point, but please consider this: it is an invalid argument to assume that this precedent will be limited to this case. If you don’t know how the government works by now, I challenge you not to form an opinion until you understand this. If this is done the first time, it WILL be done the second. Therein lies the difficulty. These terrorists claimed 14 lives, and I ABSOLUTELY want to see them go down – hard. I’m just not sure I can justify what that would mean for millions of other Americans, who may not even be aware of what is happening. I encourage you to read this letter from Apple addressing this issue. I find that the letter made some very good points, personally.

I will gladly welcome opinions in the comments. Truth is, my opinion is not really an opinion. I feel so strongly about both viewpoints that I can’t firmly adhere to either one. One thing is for sure though – this issue is really the first of its kind, and I fear it’s the first of many.